Unlocking hope in the face of a lockdown.

Homepage•Stories•Stories•Unlocking hope in the face of a lockdown. 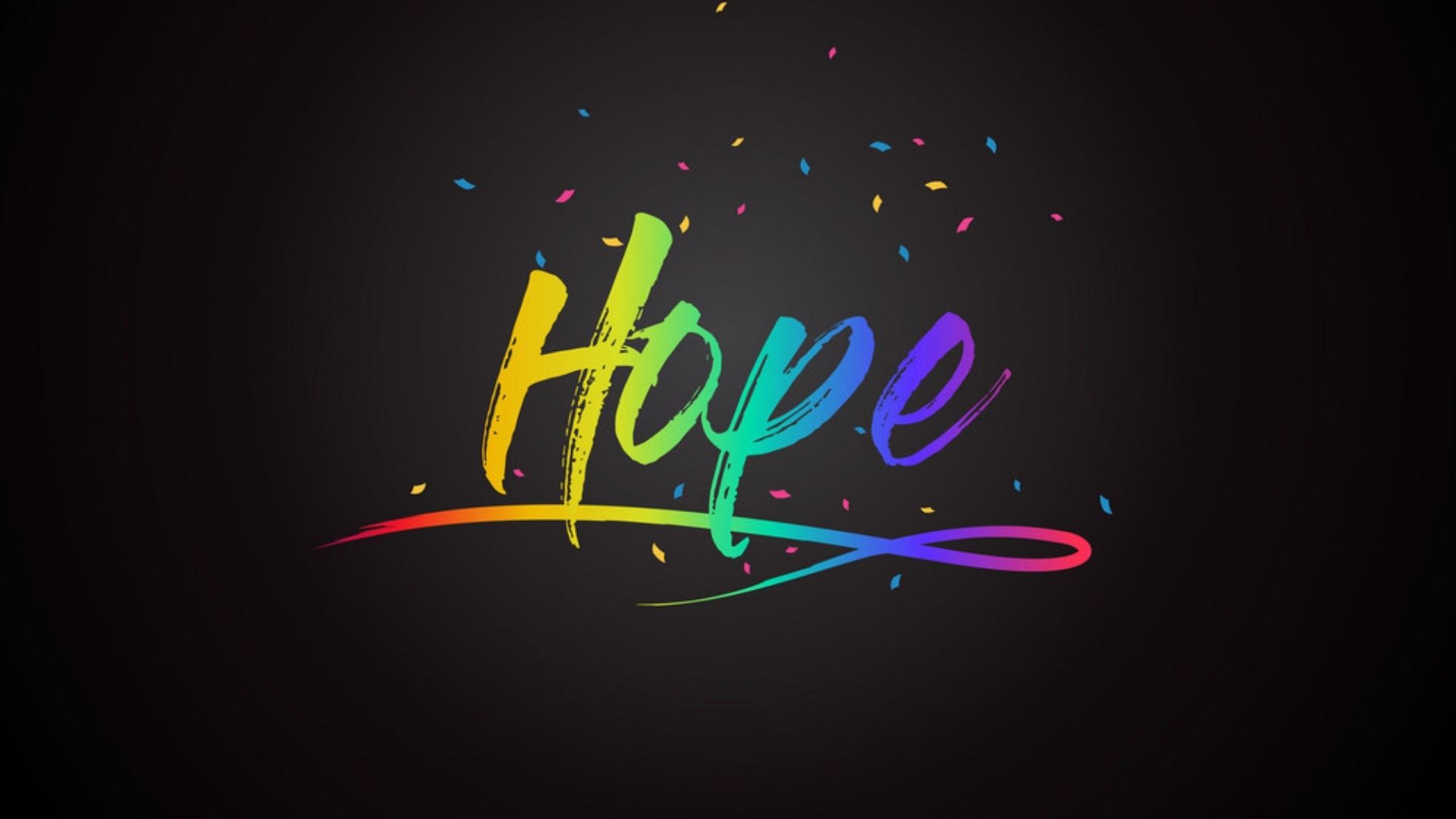 Thirty-one-year-old Aasif Mujtaba is often mistaken for a lawyer, and sometimes a doctor. Word gets around as soon as he arrives at Babu Nagar in Mustafabad, scores throng to him and follows him as if he was a shepherd, and they his flock. He has never met anyone of them before. But he knows they are in pain, injured and scarred, both physically and emotionally and he is here to help. Aasif’s mere presence seems to sooth nerves in this crowded residential colony of Mustafabad.

Scores come everyday to see Aasif, and his team of volunteers who call themselves the Miles2Smile team, in the hope that they will get rations, medicine or even a loan to pay rent. His phone rings non stop till the battery discharges.

“Sorry I could not return your call. I had gone to drop baby Rayyan’s and his mother to their place. ” Aasif sounds excited, almost like a proud uncle and then recalls the day when they heard about a pregnant woman survivor who was close to her due date Mussarat and was feeling unwell.

The rioters had looted and burnt her house down, but she managed to flee her house with her three children, two daughters and a son, her husband had died a few months ago. She ran to her mother’s house but realised they themselves were going through hardships.

The stress added to her complications. “We put her case on priority,” recalled Aasif. “Musrat was in iddat (a period of waiting that Muslim women observe after the death of her husband or a divorce). She hadn’t had her regular checkup done in a while and it took a lot of persuasion for us to take her to the doctor”.

Medical investigations revealed that she had inadequate amniotic fluid and could have a premature delivery. She went into labour the next day and the volunteers took her away to a bigger hospital in a safer neighbourhood. The baby was born in a few hours and was shifted to the NICU for the next eight days. A month after the riots began, they returned to their new home. The mother asked Aasif to name her new baby, who perhaps would not have survived if they had not reached team Miles2Smile in time.

“From ashes of carnage was born a new hope, we have named the baby boy Rayyan, it’s one of the doors of paradise),” Aasif sounds like a proud uncle. He and his team have also ‘adopted’ the baby and pledged to take care of the family’s long-term needs. “It truly was a new hope for all of us,” he added.

This set of volunteers led by Aasif, a research scholar at IIT Delhi, comprises a devoted core group of university students, researchers, lawyers, doctors, while some come part time. But what keeps such diverse personalities together in such tough times?

“The Shaheen Bagh protest acted as a catalyst. We were all together there and we came across a lot of people with a lot of capacities, capabilities. When the pogrom happened, we were all of the view that we should help the people in distress, bring relief and rehabilitation measures. Service to humanity was the only motivation we are ready to cover thousands of miles to restore a single smile,” said Aasif, who spoke to Karuna John, even as he continues to evolve the team’s future plan of action, as ground realities keep throwing up new challenges as the Covid-19 lockdown intensifies.

Excerpts from an interview edited for clarity.

When did you come to offer help in North east Delhi after the riots?

Every riot has three stages: The pre-riot state when the atmosphere of a riot is created, riot stage when the violence is on, and the post riot stage. We were there during the riots, and reached in two days trying to safeguard families who were stranded, troubled, and surrounded by fanatic Hindutva mobs. We were the first volunteers who reached them and people had a lot of faith in us, they saw that we came to help them during the hour of crisis.

Were you familiar with the riot-hit areas in Northeast Delhi?

Not at all, most of my team and I had never been to Northeast Delhi, we went because of the pogrom. And now these areas feel like a second home to us.

How did you plan your work, what has your focus been on in these areas?

The items and services that we brought in were all based on demand. The first need was to save them. The second demand was immediate medical attention. There was scarcity of gynaecologists and pediatricians, so we talked to doctors. Then people needed legal aid as their houses burnt, family members grievously injured or killed, we roped in legal teams. There was a shortage of food, we roped in local NGOs and also bought plenty of food to supply. Next need was clothes, we set up a ‘smile laundry’, we washed and ironed (donated) clothes and distributed them.

How did you raise funds? How have you allocated funds?

Initially we combined our personal money, my family and friends also sent money. The seed fund was created like this, through my close contacts. We used the funds to address the needs as they rose.

What is a typical day on site here like?

A typical day is chaotic. A lot of people queue up for rations. Another set comes to discuss the business they have lost. Families come for medical attention, rehabilitation and legal aid. We try to restore smiles, in whatever way possible. That is our objective.

What errors did you make, especially in the early days? What lessons have you learnt so far?

It was chaotic but the work the team did was marvelous. Some individuals did come and take funds and we found out later that they had taken help from other groups too. But still, what they had lost cannot be restored just by money. There is trauma, stress and pain. There is not enough money for [fixing] that. Even if some individual took money from other groups, that does not cater to what they have been through. They have been through hell. So I won’t count that as an error.

Our learning is simple: for restoring a smile you don’t need millions. Just by a small deed, by talking to a family, by sharing their concerns and sitting with them we can bring happiness. Our volunteers are our assets and we multitask.

What is the exit plan, do you have a timeline?

There is no exit plan as such. Rehabilitation is a long drawn process. Once we settle their business, rebuild their houses and their life is back on track we will try to have a follow up each month. We are also planning to educate 50 children. There is a school that got destroyed and the owner has offered us one classroom for 30 kids [once it is restored]. We will make it a smartclass.

Once the dust settles we have an impact assessment and a baseline study pre-pogrom, and another a baseline study post pogrom. Only then we can see what changes were brought in their lives. We will have follow ups for the next year. To see what is lagging, and what we need to do, and we shall do that inshallah.

A month has passed by since Aasif and his team has been working to restore smiles, and rekindle hope in the area. Now, in the middle of the nationwide lockdown to deal with the Coronavirus pandemic the team has entrusted the local volunteers to help where needed. They have already stocked enough ration with the families they have rehabilitated in new homes.

The residents of Northeast Delhi have survived the days when manic armed mobs looted, killed, and burned their way through the Muslim dominated clusters of North East Delhi, and hunted down Muslim residents even in the Hindu dominated colonies there. And now they look for help as the Covid-19 lockdown keeps them indoors. First they feared rioters, now they fear disease. Prayers, and faith in humanity have kept them going so far.

And they celebrate the rare moment or two that shines bright even during these gloomy days. Baby Rayyan’s arrival back ‘home’ in Mustafabad was one such moment to smile.

” And they celebrate the rare moment or two that shines bright even during these gloomy days. Baby Rayyan’s arrival back ‘home’ in Mustafabad was one such moment to smile. “